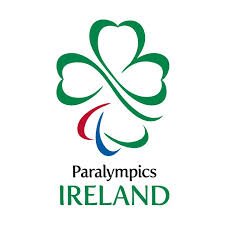 At the fourteenth annual Paralympics Ireland AGM last night the organisation’s new strategic plan for the coming three years entitled Securing Success Together was formally approved, as was the 2013 Annual Report. The plan will be officially launched in the coming weeks.

To the forefront of the President’s address was the impressive success of Irish Paralympic athletes on the world stage last year; winning no fewer than 15 senior world championship medals in 2013 in the sports of athletics, cycling and swimming.

Paralympics Ireland President Jimmy Gradwell gave the assembled audience of member sports and observers a comprehensive summary of the activities and highlights across the organisation for the past year including;

He went on to draw attention to the challenges that may lie ahead stating: “Our ability to match the success of London 2012 has been compromised by the publication of the Rio 2016 Athletics event list.  Paralympics Ireland have expressed in the strongest terms our disappointment and disgust with the removal of Michael McKillop’s 800m and Jason Smyth’s 200m events from the programme.  We are continuing to work behind the scenes on this matter and are hopeful of some positive movement on the decision in the coming year.”

Acknowledging the many and varied committed and dedicated contributors to the ongoing development and success of the organisation Jimmy concluded by saying: “It’s hard to believe that its only two years to the Paralympic games in Rio. Time is flying by. Preparations are well under way and we will, as always, strive to make sure that we have everything in place to deliver the best team possible in Rio.  We can only do this with the continued dedication and support of the members, Board, staff, state agencies and sponsors.  I challenge you all now to up our collective game and drive on to Rio 2016.”