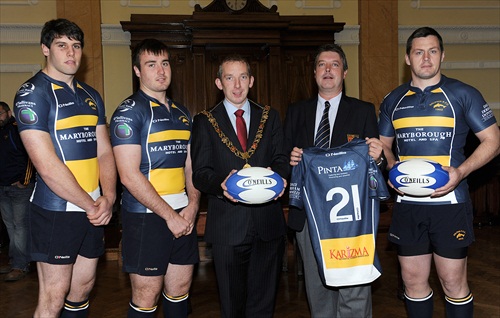 Pinta are proud to announce our jersey sponsorship with Dolphin RFC for the 2012-2013 season.

Dolphin Rugby Football Club is a rugby union club in Cork. It was founded in 1902, by members of Dolphin Swimming Club seeking to find a wintertime activity.They play in Division 1 of the All Ireland League (AIL).

2007/08 they finished in their highest ever league position- 6th. The present Irish Coach, Declan Kidney played for the club in the 1980s and early 90’s. Michael Kiernan, with 43, is the clubs most capped international player, J S McCarthy and Terry Kingston both captained Ireland. Scrum half Tomás O’Leary is the present Irish No 9. The clubs top try scorer in The AIB League & Cup is James Coughlan with 32, Coughlan was ocaptain of the Munster side that beat Australia. They have been in AIL Division 1A since 2006-07.